June 28, 2018 / nia / 0 Comments
If you are unfamiliar with the most infamous larp in imageboard history, “Q” is said to mean a “Q level” security clearance.
Let’s say that “larp” is slang for role play and that “imageboards” are the chans: 4chan, 8chan, etc. If you are just interested in Q then it is simpler to read one of the archives of Q’s posts such as http://qanon.pub
The reader is supposed to suspend their disbelief and trust the individual(s) posting as Q because they supposedly have access to classified information and the President himself has given Q his blessing to leak it. That’s the basis of its claims of credibility.
Conveniently, you can’t review this hypothetical classified information to call Q out on their bullshit and neither can anyone with most traditional security clearances.
Anyone with a Q clearance has a National Security Critical or Sensitive position and I couldn’t think of a more criminally irresponsible person to fill one of those roles with than someone who gets on some forum like 4chan to blab about their sensitive role or their access privileges — let alone divulges any of the information they have access to.
But you’re being asked to believe that this is exactly what’s going on.
Once you’ve moved on from the origination story and accept Q’s ongoing claims you are lulled into a seductive (but false) sense that justice will be served.
That it will be swift and that things are under control. The bad guys will get what’s coming and good will prevail.
It’s just a gram of soma. You don’t have to take any action or do anything, keep walking in your sleep.
Trump and his administration are the heroes of Q’s story so you have a faction of his supporters who totally lap this shit up. As long as they’re under Q’s spell they won’t be making any fuss or writing any letters or preparing to burn shit because the indictments aren’t happening yet.
(You’re not allowed to call Q-tards stupid if you’re still holding your breath for the outcome of the Mueller investigation.)
Q is either the best larp 4chan has ever seen or it is a psyop. 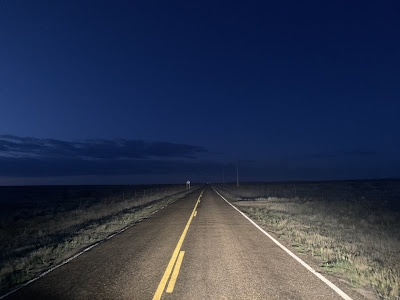 I stayed up all night as the black sky had brightened

No reason to sleep, there was nothing worth waking for
The look on my face half serene and half frightened
No reason to dream there was nothing worth dreaming for
I took life in stride and said I’d never give in
For ever failure dealt me I laid down a win
But this day I realized there was no end in sight
I would live alone, die alone, sleep alone at night
All life was about was some sick god’s game
The end game was sorrow, loss and pain
Just when things get better it’s fucked again
It’s really no wonder I’m all fucked in the brain.