An eye for an eye makes the whole world high 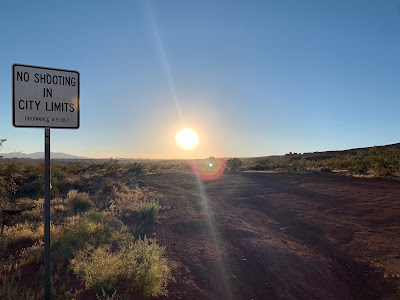 Take this as you will.

Fight the good fight of faith, lay hold on eternal life, whereunto thou art also called, and have professed a good professionalismsn before many witnesses. 1 Tim 6:12

Another thought should be borne in mind by us all. The Lord in making his estimate will take knowledge of the spirit which actuated us, rather than of the results secured by our efforts. In view of this, let us see to it, not only that we do with our might what our hands find to do, but also that our every sacrifice and gift to the Lord and his cause is so full of love and devotion that the Lord will surely approve it; as done from love for him and his, and not from vainglory.

The Lottery (A New Chatroom Owner is Nominated)

It’s Tessie,” Mr. Summers said, and his voice was hushed. “Show us her paper, Bill. “

Bill Hutchinson went over to his wife and forced the slip of paper out of her hand.

It had a black spot on it, the black spot Mr. Summers had made the night before with the heavy pencil in the coal company office.

Bill Hutchinson held it up, and there was a stir in the crowd.

Although the villagers had forgotten the ritual and lost the original black box, they still remembered to use stones.

The pile of stones the boys had made earlier was ready; there were stones on the ground with the blowing scraps of paper that had come out of the box

Delacroix selected a stone so large she had to pick it up with both hands and turned to Mrs. Dunbar.

Mrs. Dunbar had small stones in both hands, and she said, gasping for breath: “I can’t run at all. You’ll have to go ahead and I’ll catch up with you. “

The children had stones already.

And someone gave little Davy Hutchinson a few pebbles.

Tessie Hutchinson was in the center of a cleared space by now, and she held her hands out desperately as the villagers moved in on her. “

A stone hit her on the side of the head.

Old Man Warner was saying, “Come on, come on, everyone. ”

Steve Adams was in the front of the crowd of villagers, with Mrs. Graves beside him.

“It isn’t fair, it isn’t right,” Mrs. Hutchinson screamed, and then they were upon her.

The night’s still young even if we aren’t anymore.

“I told Jeff about you and he asked who you are. I said you were the one where we were all driving down I-55 together somewhere in La Grange and you were throwing rocks and shit at a train. He went ‘Oh, that guy!’ ”

“I told Jeremy about you. He said we’re probably going to end up doing a bunch of ecstasy and breaking into a church and declaring our love for each other in front of a half broken Virgin Mary statue. It’s almost like he knows us.”

HEY mister zoo animal, Guess what, I do cocaine

Shirtless daddy dancing around on Santa Monica screams “you wanna come home with us?”

Bleh. I guess I look the type, huh.

Good looking enough guy but the wheels that were turning in my head were more like “I want to see Paula Abdul.”

His partner cringed and was sufficiently embarrassed for all three of us. Either that or he was like “hell no honey don’t put that scrub in your mouth, you’re cut off.”

Dear WeHo: Cocaine is one of the worst drugs known to man, strictly in terms of dollars per minute of enjoyment. 😡