The Health Department Closed my Legs

My pussy is a cheap plastic shopping bag on the interstate, kicked up by some tires and passed down to the next car.

The cars are taking turns with me as I smack into each windshield, billow back and let the next one have at me.

My pussy is a discarded piece of watermelon on a hot summer day, juicy and pink with one corner covered in dirt.

The ants are forming a line from both sides to come and get some, telling the others where to find me splayed on the ground.

My pussy is a rack of old tires at Wal-Mart, worn out rubbers with the steel bands exposed in lieu of the original tread.

Wal-Mart can’t beat my “four for the price of none” sale, but I’ll have to admit I can’t offer you that much traction:

My heart is an old broken bar piano that only knows one Liberace song, my prostate is like a drop kicked water balloon.

I dribble like June Allyson and I pee when I sneeze, the health department graded me a D- and finally closed my legs. 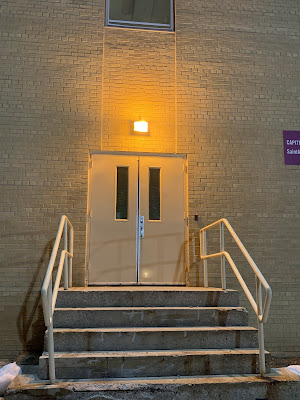 Back then the double doors were wooden and green, with big brass Corbin bars you’d push on to open them.

Somewhere about two stories above, a silver bell with the word “Simplex” printed on it would ring and clatter furiously as your Velcro sneakers squeaked down the stairs.
I preferred running away when Robert was on duty. The only thing Robert could ever catch me doing was lying, such as when I’d deny being a homosexual to the other boys.
I had a girlfriend and she was Black as HELL and her name was, um, Aisha!
Robert had started laughing and he asked me what color her eyes were.
I panicked and blurted out “blue!”
“Tell me how you kick your game to Aisha. What do you say to her when you call her up — like hi Aisha, do you want to come over and play? What do you say to Aisha?”
He had me so bad right front of everyone.
Twelve year old me bit my lip, and said very calmly, “Hey Aisha. Let’s get together and fuck sometime!”
That fat bastard dropped his flashlight and fell over on the floor crying and wheezing.
I never heard the end of it from the older Black men after that.
What’s up! You talk to AISHA lately? Gonna get together and fuuuuuck sometime?
I lived for that kind of shit.
Paradise awaited you just outside at the intersection of 89th & Capitol. There was a big and beautiful, if not somewhat foreign world I was a little too impatient to get out there and see for myself at that age.
It was strange out there and it would always remain so.
My freedom was always short-lived and it would always remain so.
If it was cold outside I’d sleep in a little red shed behind the Open Pantry at 27th and Capitol, shivering and huddled up against the compressors blowing hot air into the shed from the beverage coolers inside the store.
I’d ask strangers for bus fare and steal things from the mall.
Malls were heated, nobody asked questions.
I didn’t know about the rocks on the shore of Lake Michigan yet or it’s a sure bet I would have been found there every single time.
I remember being stoned at one of my first NA meetings when they read Step 10 out loud and got to that part about “making amends to the mall.”
I sat there in my chair thinking “Hahaha! Never happening! They tore the mall down!!!!”
I befriended a boy around my own age named Drew, and I don’t know where his family was in all of this but he always had some family to spend the night with. Random strangers taking in a 12 year old with no questions asked. So many people coming and going.  I’m not saying that I know shit about the game or about invisible lives and invisible suffering but I’ve seen signs of it.
Drew liked me, he’d do funny things like whipping his dick out and waving it like a puppet and singing along to Mary J Blige’s “Sweet Thing.”
Remember when that album dropped? Whenever I hear “Real Love” on the the radio and those first few opening ticks take me back there, I don’t know about y’all but I loved 1992.
Running away never really worked. You’d get hungry or you’d run out of money or something.
Adulthood turned out to be something along those same lines.
Except now that I’m all grown up, I don’t have St Aemelian’s to come crawling back to.
Off I’d go, back to 8901 W. Capitol.
Until the next time I eyeballed that door and my heart started pounding again as I jonesed for one more push of that beautiful brass bar.
One more clang of that silver Simplex bell.
One more squeak of my sneakers scuffing against that concrete.
One more clack as the doors at the bottom burst open.
One more breath of freshly cut grass in someone’s yard in Wauwatosa.
Never gonna catch me, I’m the Ginger Bread Man.
We’ll do it all over again until the Ginger Bread Man is tired and dirty and hungry again.

Loving you through all of your human problems exhausts me

These are wounds, not scars
It will only be a scar when it stops bleeding, stops hurting
You can forget about scars
But you cannot forget about wounds
Everyone meets the injured with sympathy or disgust
Do you need a tissue?
No, I need stitches.

Everywhere is my Bathroom

I stared at him in horror
And my eyes got real big,
“Why not head over to Folsom
To find a watersports pig?”

A gentleman joins him and I avert my eyes:
“You must be new here,” he impatiently sighs
He squats down on Market and shits on the street
And some of it splashes all over my feet

I head to the Tenderloin ,
Near Felt and Van Ness
I’m trying to find an alley
To leave a big wet brown mess

Some junkie is watching, I expect him to cringe
He says I just left a hypodermic syringe
In my steaming hot offering
Under the Alvord Lake Bridge

I demand to see the mayor of this urine soaked town
(No problem sir, she will be right down)
Ms Mayor, I beseech you, this has gone way too far
She says “Try Uber Toilet, you just shit in the car!”

They’ll send one to you,
wherever you are:
You can leave them a tip,
and they’ll tweeze your brown star!

No thank you, I prefer to squat on a bowl
And wipe my bottom clean with a soft Charmin roll
Your sanitation problem is out of control,
I will see myself out of this filthy shithole

between a kaleidoscope and a telescope;

is that the telescope:
shows you reality from a distance

and the kaleidoscope:
shows you a distance from reality